Should I Bring My Other Dog to Euthanasia?

You may bring your other dog to your pet’s euthanasia appointment to allow them say goodbye and help ease the transition of grieving. However, it would be best to keep pets away if you believe they will be distracting during the procedure. 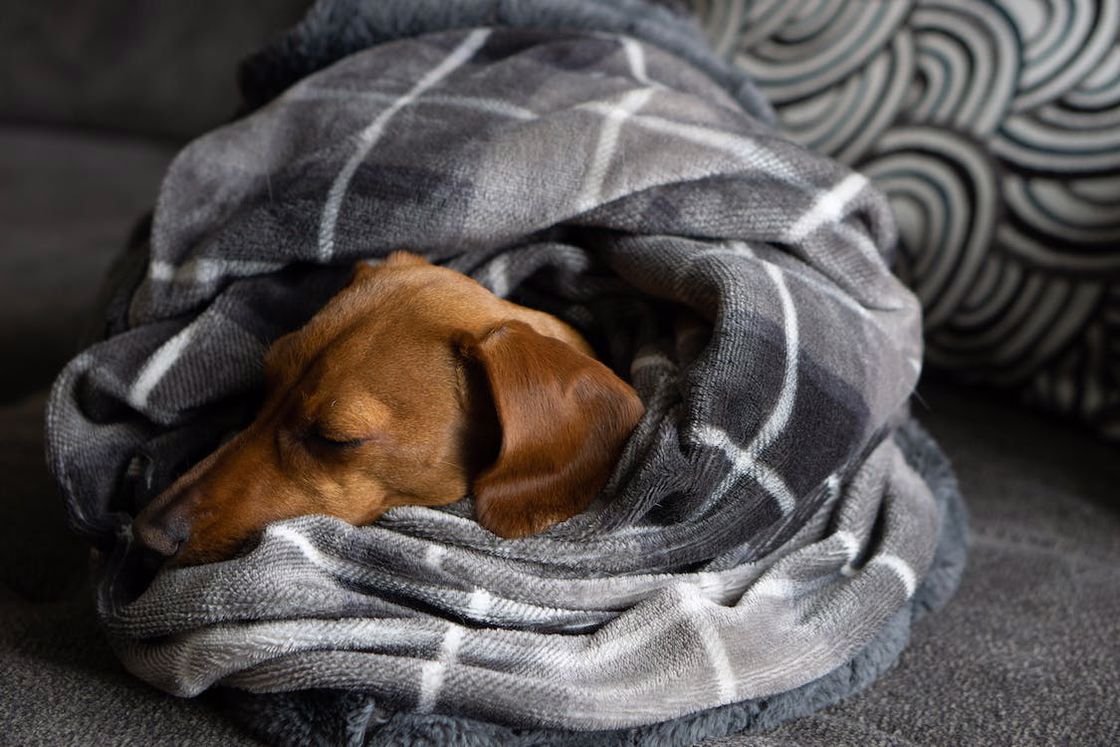 Allowing your other animal to see your deceased pet is a personal choice. You should be emotionally ready as well.

Reasons Why You Should Let Your Other Dog Say Goodbye

Like humans, dogs also need a way to process their grief and see their companion one last time. There are several reasons you should allow the surviving pet see their fellow friend during this time.

Show The Value of Their Presence

While we can’t be sure, allowing the other pet to witness the process can eliminate confusion about what’s happening. Behavioral ecologist Dr. Marc Bekoff says that some dogs don’t know that another pet has died, yet they perceive that an individual or someone from their pack is missing. This implies they feel a sense of loss of companionship.

Ease to the Transition of Being Alone

Suppose you raised two dogs together for several years before one succumbed to sickness or old age. Rather than keeping the news to yourself, it’s like sharing a crucial situation with your other dog, who you know equally loves the aging one.

If they have shared a close bond for many years, you may consider allowing your other pet be present. This can ease the transition of not having a playmate around anymore.

Let Them Express Their Grief

Anthropologist Barbara J. King says that dogs may have behavioral changes following the death of a fellow canine. This supports Charles Darwin’s argument that many emotions must be similar across species due to the evolutionary connection between humans and animals. 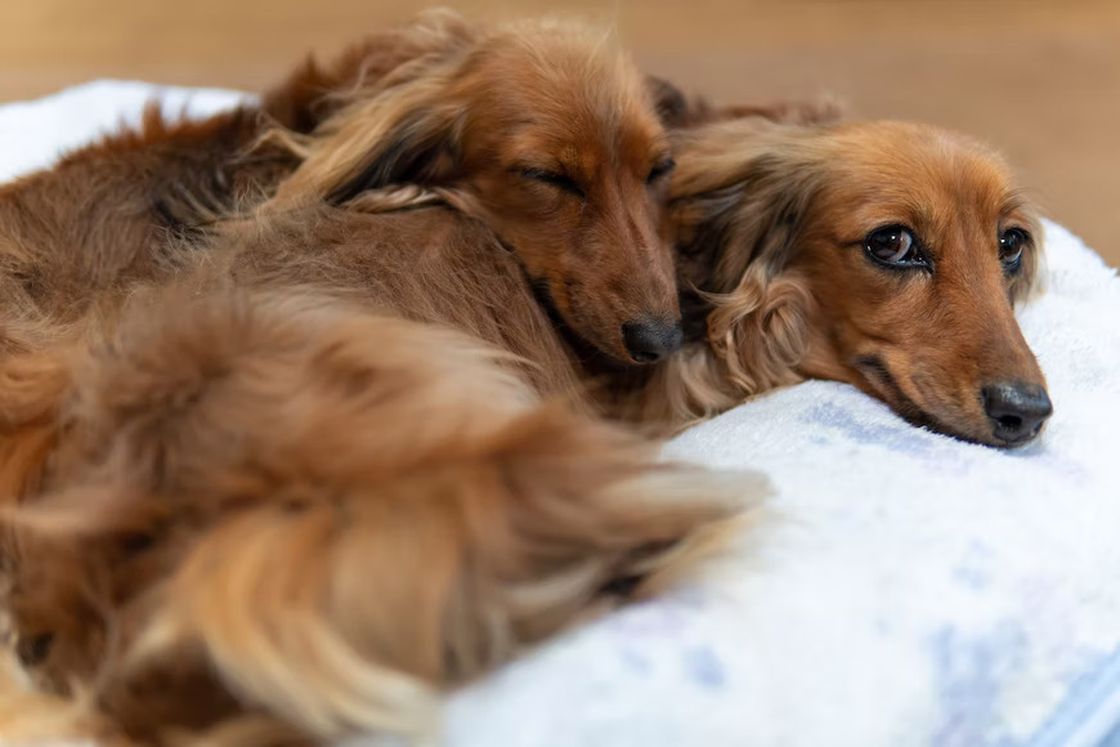 However, researchers suspect that animals show grief in certain conditions. First, when two dogs spend time together as mates. Second, when the surviving dog’s routine is disrupted due to losing the other pet.

Allowing your other pet to witness another dog’s passing helps lessen these potential effects such as:

Have Someone Support You

Euthanasia can be a stressful situation for you and your pets. A study shows that when an owner has elevated levels of the stress hormone cortisol, their dogs can also show signs of stress.

Reasons Not to Bring Your Other Dog to the Euthanasia Appointment

It’s advisable to bring your surviving dog to your other pet’s euthanasia at home. However, there are instances where it would be better for them not to be present during another dog’s euthanasia.

In such cases, you may leave the other dog in another room or a neighbors house until the procedure is over. After that, allow them to have some time to smell and be close to the deceased dog. 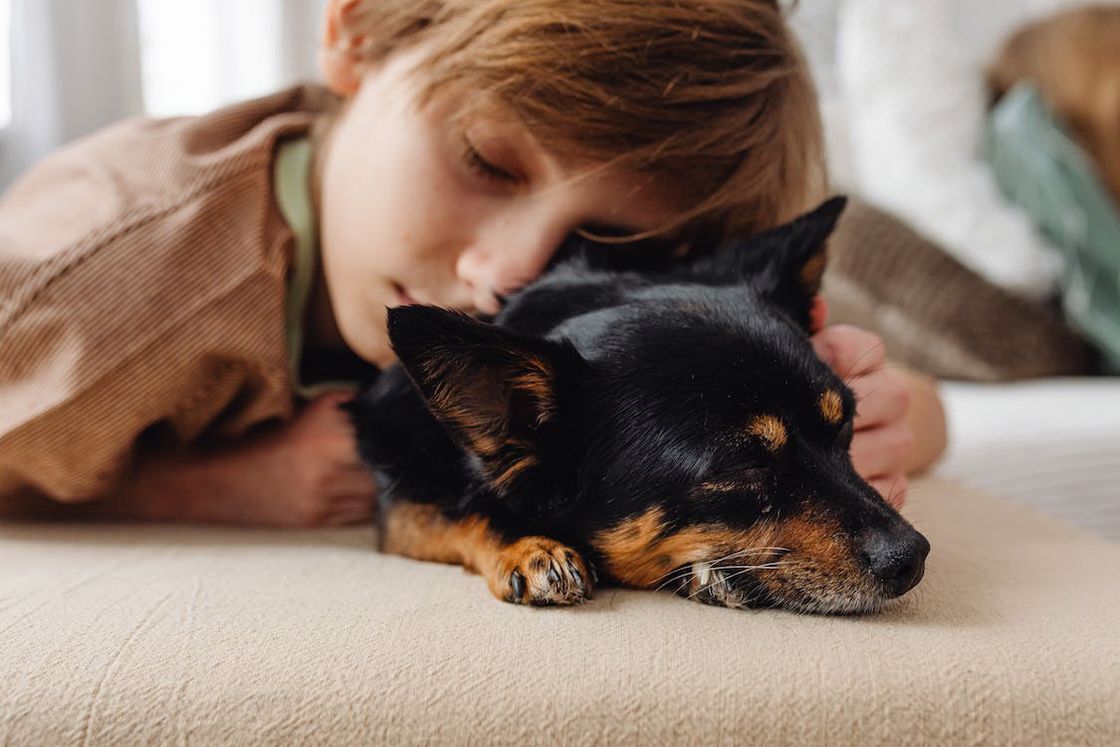 Ways to Support Your Other Dog During Euthanasia

Let your dog grieve and have some time alone. Some dogs may even try to run away from the procedure as they feel the tension in the room. If your pet is yearning for your attention afterward, make sure to spend time with it.

Some dogs may wander and find the scent of their old canine friend. Don’t immediately discard the deceased dog’s possessions, as these can also serve as memorial items. Keep a blanket or toy your other pet can cuddle with or smell its friend’s scent.

Consider getting another dog eventually. If this is not an option, schedule play dates with other dogs. Most importantly, be there for your other dog so it knows it has your love and support.

How Do You Help Dogs Deal With the Death of Another Canine?

The best way to help dogs cope with the death of another pet is to set up a routine to help them adjust. Feed your surviving pet at the usual time, take him on daily walks, or go to the places you usually visit. This tells your dog that life continues, whatever happens.

Bringing your dog to another dog’s euthanasia appointment depends on several factors such as their temperament, how close they were to the deceased pet and their personality as it relates to strangers in the house. Although it may be difficult, it does provide closure to the other dog and may allow them to grieve, just as you would.

I can't recommend them enough. I had to say goodbye to my 21 year old cat companion. I read the reviews here on Yelp and chose Paws Into Grace and they made an unbearable situation not worse - from the people on the phone to the amazing doctor who... read more

My absolute love Dante had heart failure three months ago. After having him on many medications to help him, his enthusiasm and appetite declined last couple of days. He was in pain and we decided to help him go to heaven rather than torturing him... read more

I wanted to thank you for sending Dr. Brown to euthanize our beloved Myleigh on March 4, 2021. She was compassionate and accommodating, she explained every step of the procedure, and gave us some alone time with Myleigh after she sedated her, but... read more

I can't recommend them enough. I had to say goodbye to my 21 year old cat companion. I read the reviews here on Yelp and chose Paws Into Grace and they made an unbearable situation not worse - from the people on the phone to the amazing doctor who came out to the house. She was so understanding and supportive. They were all so helpful, understanding and nice. My girl got to stay at home and say goodbye in the backyard (a hummingbird flew over and it seemed like a good sign too). So glad I didn't have to take her to a cold vet office.

My absolute love Dante had heart failure three months ago. After having him on many medications to help him, his enthusiasm and appetite declined last couple of days. He was in pain and we decided to help him go to heaven rather than torturing him with more medications which would make him even more miserable. I called and spoke to a very kind lady who was patient as I cried through making an appointment. We made an appointment for 1:30pm. Dr. Toni arrived. She was very kind, explained everything to us and gave us the time to be with our boy after the first shot. He wasn't relaxing enough so she gave him a second shot. We stayed with him throughout the entire process and I carried him to her car in the end. It was a very difficult decision but knowing that our boy is not in pain, gives us some peace. We are thankful to Dr. Toni for her kindness and compassion. They will arrange the cremation for us. Since we are in a pandemic, we had our masks on and said goodbye to our boy in our garden.

I wanted to thank you for sending Dr. Brown to euthanize our beloved Myleigh on March 4, 2021. She was compassionate and accommodating, she explained every step of the procedure, and gave us some alone time with Myleigh after she sedated her, but before she attached the IV. We were relieved that we made the decision to let her go to doggy heaven at home. It was a tranquil and serene passing for her, and it very much aids us in the grieving and healing process knowing that she passed away so peacefully. Based on the grace and compassion Dr. Brown demonstrated on one of the most awful days of our lives we would not hesitate to recommend Paws Into Grace for others facing this very painful time.
Accessibility by WAH
San Diego Orange County Cremation Office